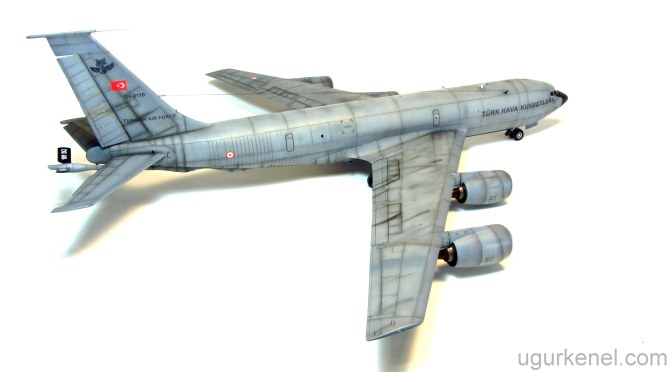 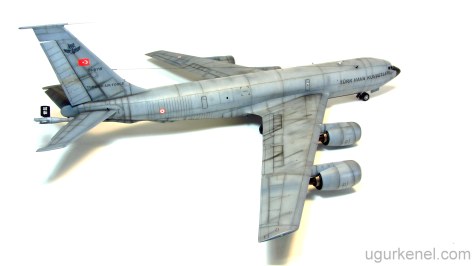 Model is Italeri, 1281 box number, 1/72 scale KC-135R/FR Stratotanker kit. Grey color plastic parts and engraved detailed panel lines. 2 piece fuselage, 2 part each wing and stabilizer. All these opposite parts (upper and lower wing or left and right fuselage) are not symmetric. I dont know this is special for this model or mold mistake but especially wing mounting impossible to make symmetric each wing, not possible mounting left and right wing symmetric to fuselage  and also give the dihedral angle. A lot of work need for this. Engine mounting to wing is also big problem. Engine pylons are not suitable to wing. There are really big gap between and you have very small area to make putty/sanding operation. Crew entry and cargo door can be open position. There are some detail in the fuselage but i did the cargo door closed. Cockpit is less detailed, instrument panel is decal. Not big problem, cockpit inside is mostly invisible because of the narrow cockpit windows. There are some gaps between clear parts and fuselage, eyebrow windows are most problem area in clear parts. Fitting main cockpit windows is mostly good. Nose gear bay has some detail but main landing gear bays are empty. Boom ruddervators has very small attach point so it is difficult to glue them and also you have to give special dehidral angle for boom ruddervators. 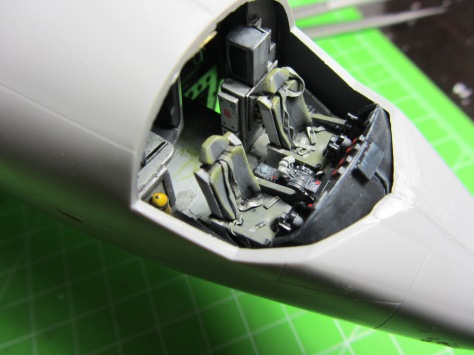 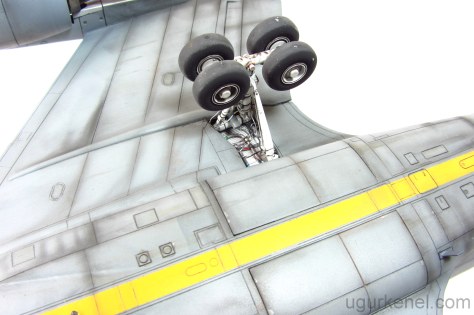 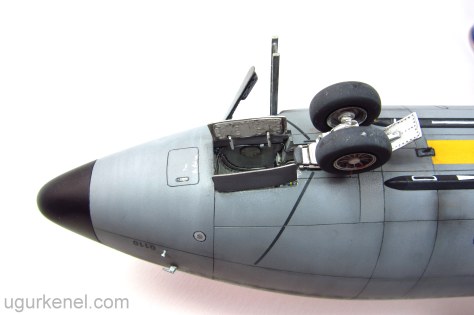 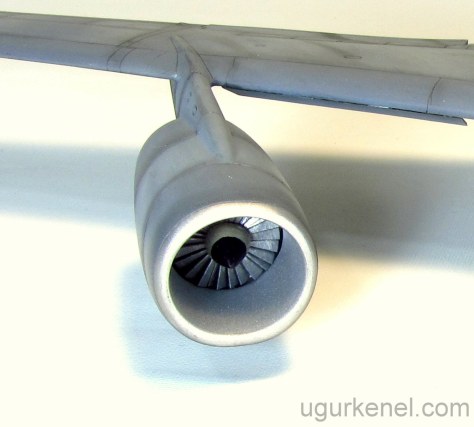 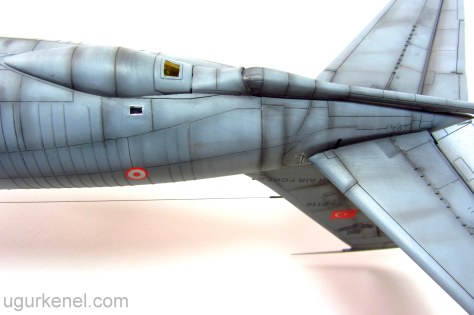 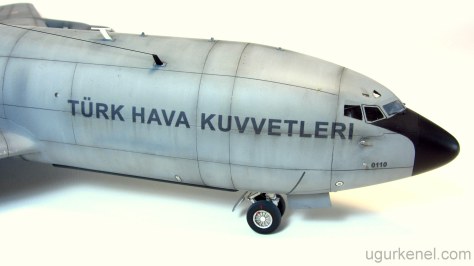 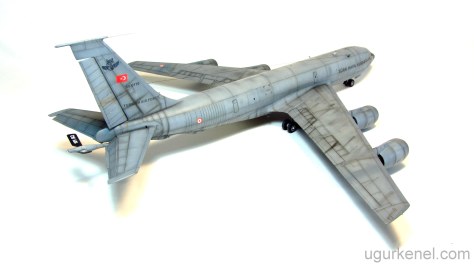 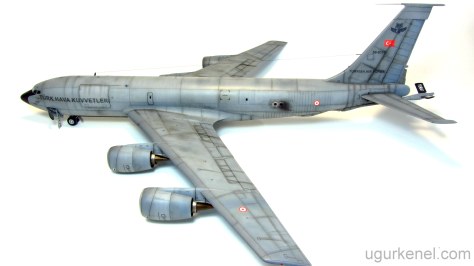 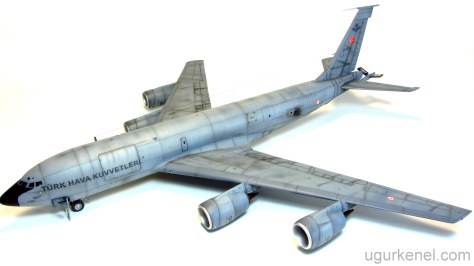 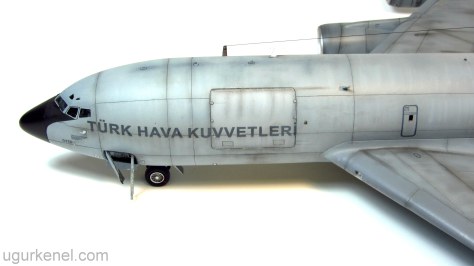 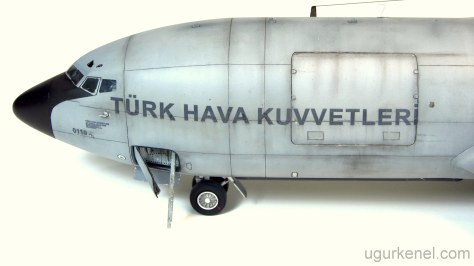